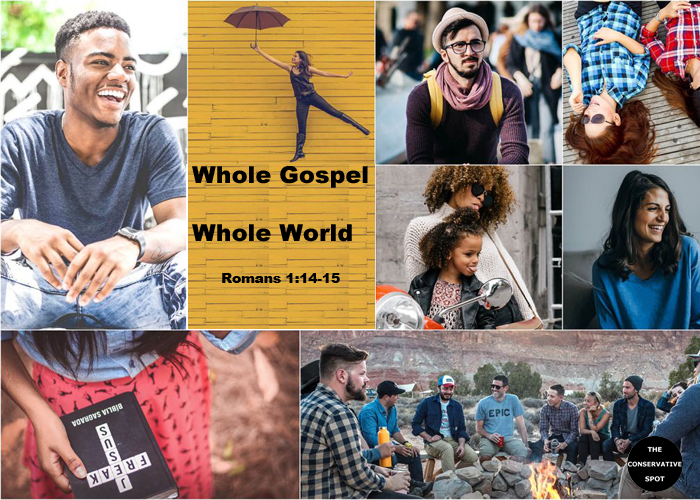 Study of Romans as given by Dr. James Montgomery Boice: Romans 1:14-15

14I am obligated both to Greeks and non-Greeks, both to the wise and the foolish. 15That is why I am so eager to preach the gospel also to you who are at Rome

I don’t think Paul could make it any more clear than he does in these two verses as well as v16 that the Gospel is for all people, its unfortunate that not all people will accept the Gospel and the gift of salvation that comes with it. We live in a belligerent society when it comes to the Gospel and there is open hostility toward those who have accepted the good news of the Gospel. This Gospel is even to those who are hostile to Christians. It may be an unpopular idea and certainly to voice, but the Gospel is even for those members of ISIS and any individual who deems it necessary to exterminate those who have found Christ and placed their hope in Christ. We can not exclude anyone human being from the possibility of accepting the Gospel because God does not exclude them. To say that the Gospel is not for this person or that person, the Gospel is not for that group or that group is to deny the idea that Christ died for all people for all time. It would be theologically unsound to deny the death of Christ for all people just as it would be theologically unsound to say the Gospel is not for a certain person or group of people. As wrong as ISIS and others like them are it does not change the fact that the Gospel is not for those peoples and Christ did not die for those peoples. Even Paul was one who wanted to kill Christians and was on a mission to kill Christians when he encountered God and was immediately changed due to that encounter. This shows the depth of mercy and forgiveness which God possesses in Him. God cannot being God and when he proclaims the Gospel is for everyone everywhere at every time, it should be taken literally.